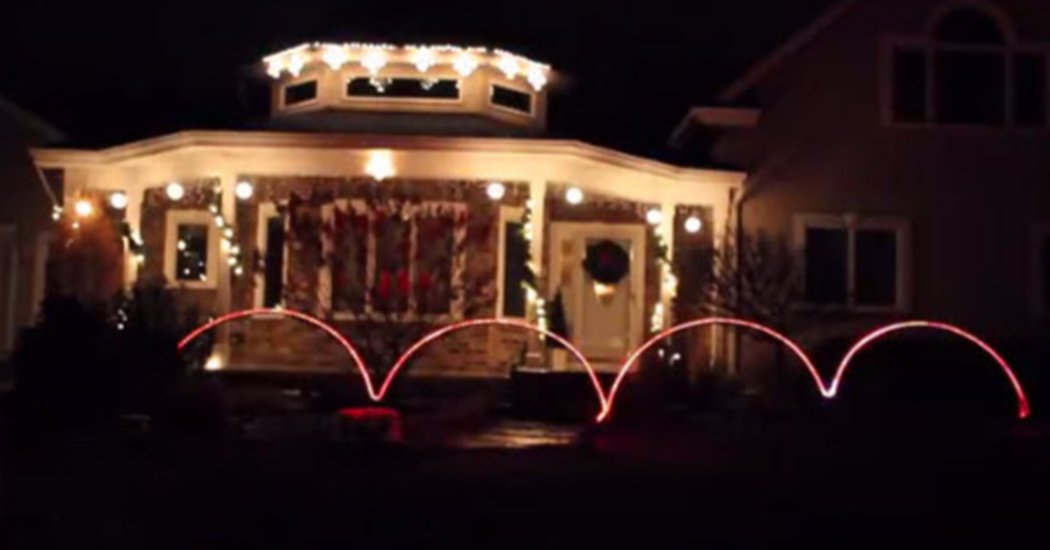 When you drive around and look at the Christmas lights that are put up in December, you might be wondering about the mastermind who designed them. After all, some of the light shows are not only beautiful, they are outrageously complex. When you see the light show in this video, you might be surprised to learn that it was put together by a young lad who was only 14 years old at the time.

This light show may have been put out there by a teenager but when you see what he was able to do, you are going to be absolutely amazed. The show is computerized so that it works along with the music and it can really get you in the Christmas spirit. The song he chose is Mannheim Steamroller’s “Deck the Halls,” which was an awesome choice. Wait till you hear it along with the lights.

You would think that this type of show would really bother the neighbours but they found a way to make it bearable. The music is not played out loud for everyone to hear, they broadcast it over an FM frequency.